Anyone whos ever been to Jersey may comment on their beautiful dairy goods and their fantastic landscape.  Go deeper though, and most in my opinion may mention an unnerving feeling about this small island.

As far as I know it only has approx. 90,000 inhabitants.  During the second world war, the nazis occupied this island, and wanted to regard it as their Gibraltar, untouchable.  The nazis designed underground buildings including a hospital, what went on here will be a mystery, the nazis have a very dark history including many inhuman experiments. 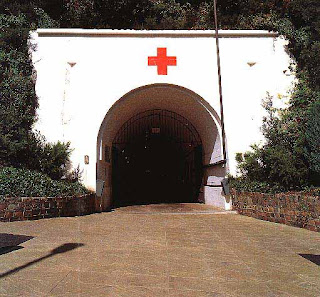 It is reported during the nazi occupation over 900 babies were born of JErsey woman and of german men.  The whereabouts of these children are very unclear, maybe they are protecting themselves or in other cases they may have been systematically abused.
http://www.independent.co.uk/news/how-jerseys-nazi-children-disappeared-1353692.html
Recently a childs skull was found under the grounds of the chldrens home of the island Haut de la Garenne.  This lead to the finding of systematic child abuse within the island, many links to politicians and masons are found in researching the topic.
I have found through researching black magic and masonry through people such as Alistair Crowley, that some see child abuse as a way of opening up a portal to another dimension,  WTF (what the fuck!!).  This may go hand in hand, with particular members of the allies continuing the abuse of children in a small nearby island to the UK once the war had finished.  The population of many 'bastard' children could be a reason why this sick behaviour attached itself to this land.
Anyhows, Ive got more to cover, so heres a BBC panorama programme on the issue, unfortunately the 3rd part is only available it seems, possibly for legal reasons.  i might contact the youtube uploader and ask more.
﻿
Theres another reason why Jersey has been in my head the past few days.  Talking to a new close friend on saturday, and she mentioned her stay on the island.  She didnt particularly like the place due to its unnerving feelings.  She mentioned some ghost stories.   One where she walked through a tunnel and seen a young adult and old man walk towards her.  She moved out of the way for the young adult but the old man was nowhere to be seen.  No escape exits on the rest of the way to the end of the tunnel, she thought he may be at the end, unfortunately not, and was nowhere to be seen.


This place reminds me of my first ever memory, which looking back could have been a very strong nightmare.  This appeared in many of my dreams/nightmares as a child.

I was a young child at the time of the visit maybe 2/3.  Anyhow, the vision I have is of me being pushed in a old fashioned pram, towards the end of a steep cliff, possibly devils cove.  Towards the end is a wee hut, looks like a shed, were pottery was sold.  I have no idea if this places exists or did I visit it at all.  I will ask my parent questions on this visit.  The proximity of the sea, was also scary.

The dream/vision might sound not too scary, but it was the unnerving feeling always that the person pushing me was of dark spirits.  My bro said he had some bad memories of the place as well, and we both have a dislike of certain pottery we associate with this visit.  My mother-in-law bought me the same pottery years ago, didnt like it, but of course never said anything.

Anyway after talking to the bro recently, he said the holiday was a bit of a nightmare looking aback on it.  HE says our family friends child was continually in a bad form, crying hysterically etc.  We were all young then so its very unclear.  Maybe the child who was 9 around then was having really bad nightmares, I hope nothing bad had happened, both sets of parents were very clever and aware so I find this unlikely.  Very disturbing though when you realise the amount of abuse carried out here in such a small place., 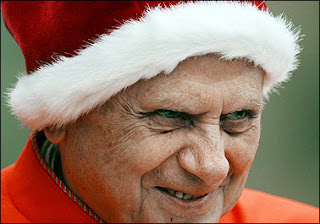 From other sources, it is rumoured that Jimmy Saville was a big visitor to the childrens home and brought children to the islands opera house, another place were systematic abuse may have taken place.  Gordon Brown? Tony Blair?? Possibilities, my friends


Heres a blog of a local Jersey, who just happened to be an ex-senator
http://stuartsyvret.blogspot.com/
Posted by SunEarthPeople at 09:44

SunEarthPeople
I'm a 28 year old, who has the hunger to explore the realities of where we we came from, where we are and where we are going. I'm an Irish man who believes that all men,women and children are equal whilst understanding the environments and conditioning present and in the past that has made us become the worst society known to man.